The Centennial Ride to Wounded Knee 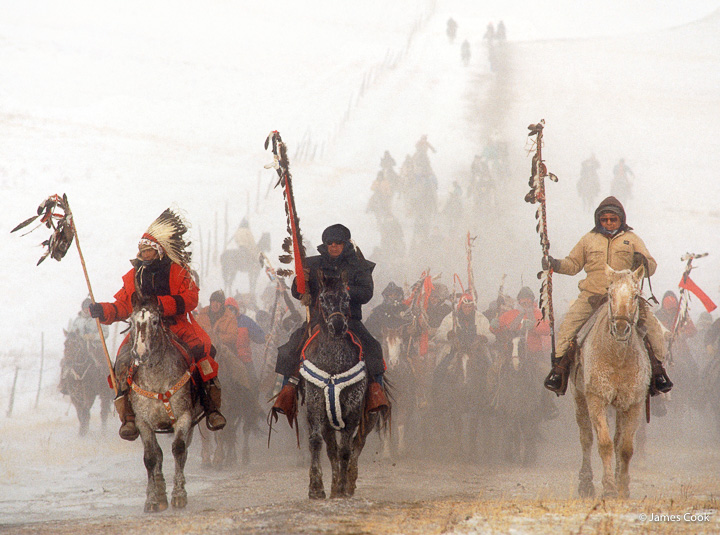 On December 29, 1990, in blowing snow and wind-chill temperatures around fifty degrees below zero, more than 350 mounted riders approached Wounded Knee, South Dakota to observe the end of seven generations of mourning on the centennial of the historic massacre there. The riders had retraced the path of Big Foot and his people on the seven day ride. As they rode over the last few hills, the frozen horses and riders took on a timeless and ghostly appearance as if they were indeed riding in from the past. The suffering that all experienced from the cold that day seemed that much more appropriate in remembering the results of one culture failing to understand another.

This photograph is on display as part of the permanent collection of the Smithsonian Institute's National Museum of the American Indian. For three years it was included in the museum's traveling Song for the Horse Nation exhibition.

Getting the photograph was a challenge in itself. Besides the issues of working with a film camera in temperatures far below zero, positioning myself was also difficult. My assistant and I had an idea of the route the riders would take as they got within a few miles of Wounded Knee, but the precise path proved elusive. When we first spotted the riders in the distance, we picked a spot where we calculated I could head them off. I ran across a stretch of prairie and waited only to see them going by on a nearby ridge. Running back to the car we tried again. On the third attempt a fence line ensured they had no choice but to come to where I was waiting.

Only minutes after I reached this spot, the first riders appeared at the crest of the hill, riding in the exact direction I had hoped for. This was the advance party; the scouts. With my car and assistant some distance away and not readily visible, they were surprised to find a lone photographer standing in the middle of nowhere and stopped to be sure I was okay. 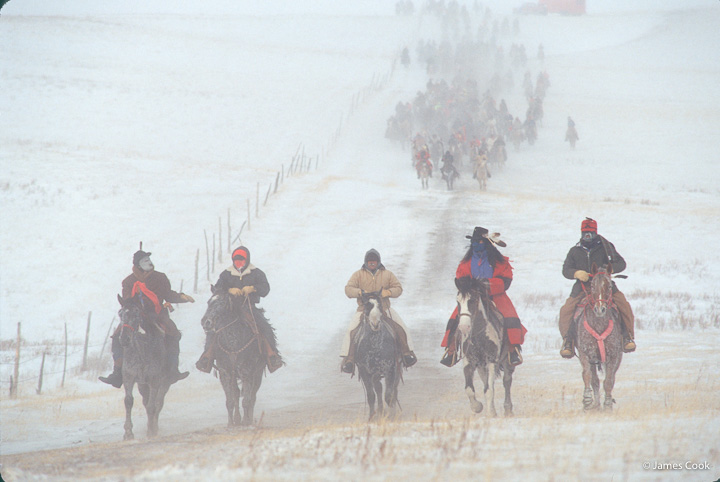 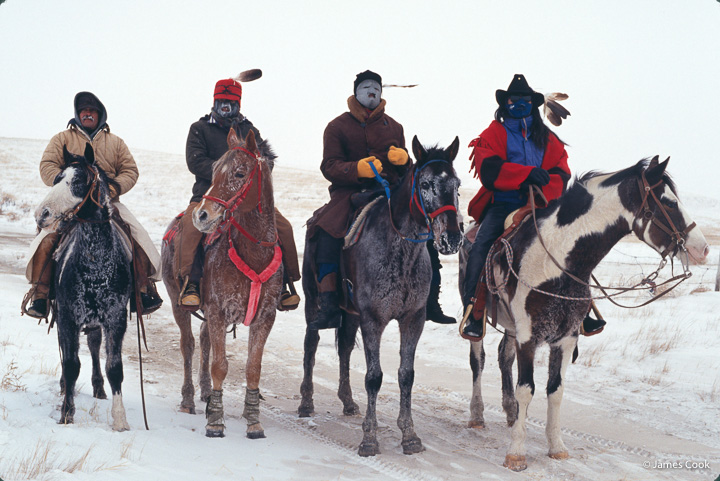 Assured that I was fine, they rode on as Lakota leaders Arvol Looking Horse, Birgil Kill Straight and Dan Afraid of Hawk lead the rest of riders straight towards me, allowing me to capture the historic photograph of the event that appears at the top of this page.

As they approached, the ground was literally shaking under my feet from the hooves of nearly 400 horses traveling at a moderate trot. I stood my ground and kept shooting as I became enveloped in the midst of the frozen horses and riders. 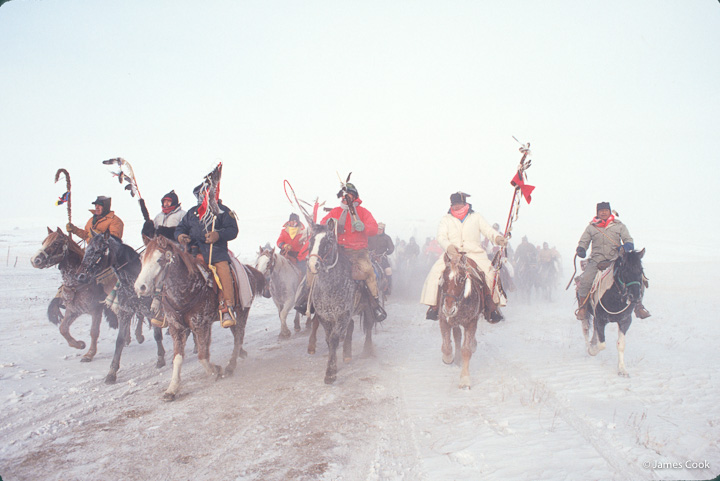 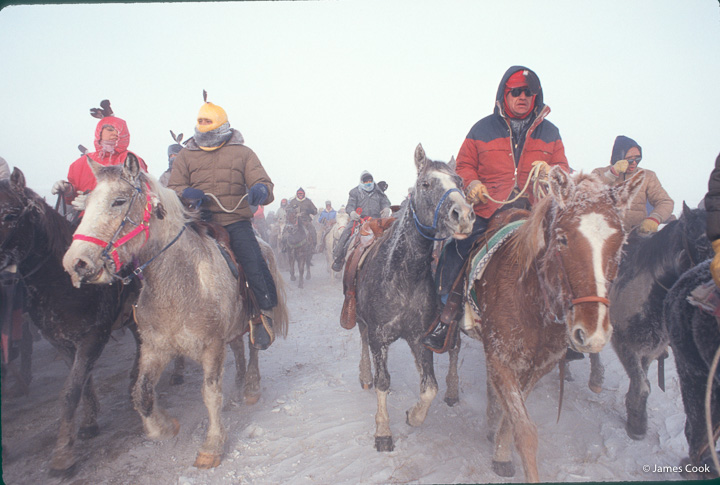 At some point, a number of runners - on foot - started to appear among the horses. I felt that my photographic ambitions for the moment had been satisfied and got caught up in the exhilaration of the moment. For as long as I was able, I turned and ran with them.